After more than a year and a half of secrets being held hush hush, Annabelle is ready to share them with the world.  Carole and I are in the final stages of self-publishing “My COMPLICATED Week”, which should hit the Amazon shelves in at most a couple weeks.  We have received final

END_OF_DOCUMENT_TOKEN_TO_BE_REPLACED 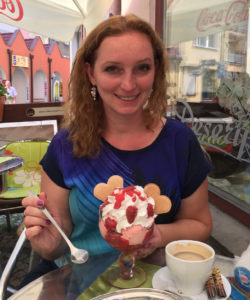 On a journey to connect hearts to each other and to the world around us through art and creativity.